At the atelier, the production staff were making a product additionally. 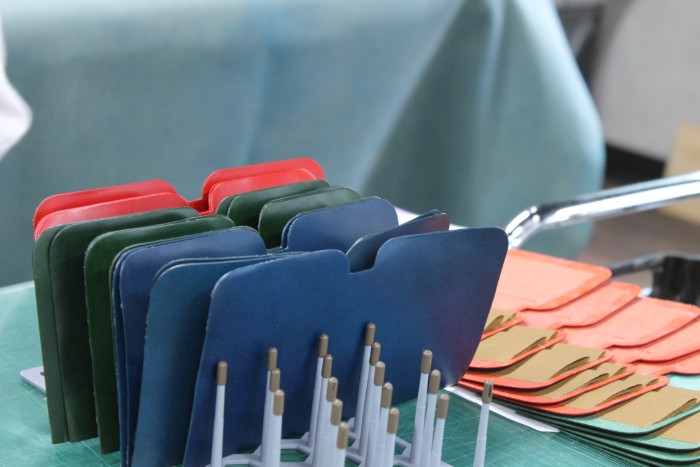 This item was newly added to Munekawa’s line-up lately and it’s getting popular. 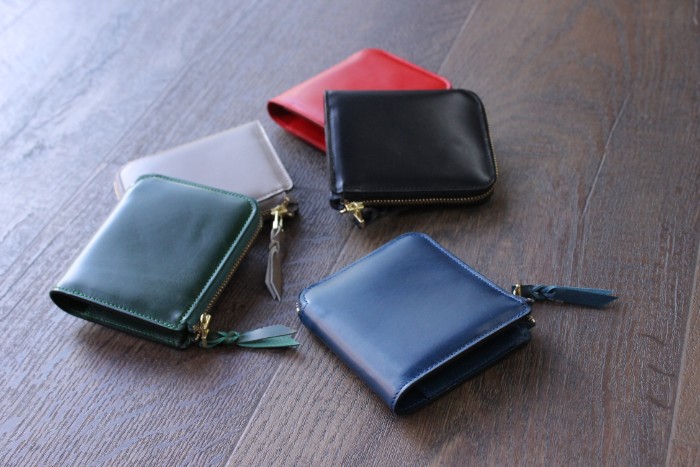 This compact size wallet Cram is popular for its handiness and easy to carry, while you can put cards, coins and bills all together.

It’s not just a zipped wallet, but it’s finished by many details and calculated very carefully, considered how it will be used in various situations.

I interviewed Takahashi, the development staff of this Cram, and asked about how he came to the creation and what he focused on. 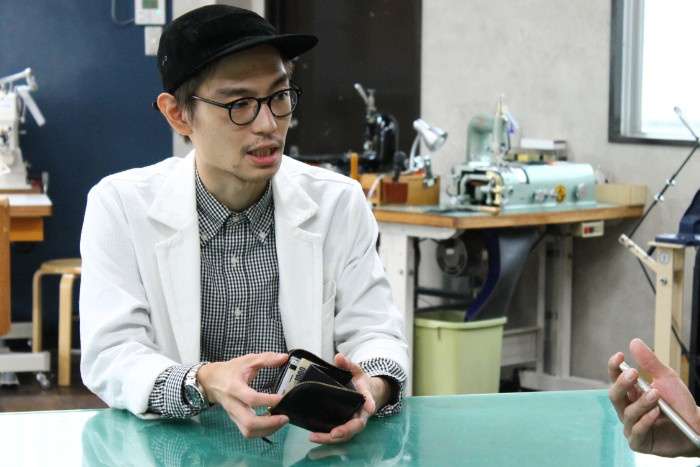 What motivated you to make Cram?

The beginning was a request from a select shop who sells our products, that they wanted a compact zipped wallet.

We see many zipped wallets made by others, but I wanted to make it “detailed function”, if it was from Munekawa.

What’s the difference between others and ours, concretely?

I heard from a person who actually uses a zipped wallet of other brand, that the zipper “bites” the bills when closing. I had in my mind to prevent this problem when making the Cram. 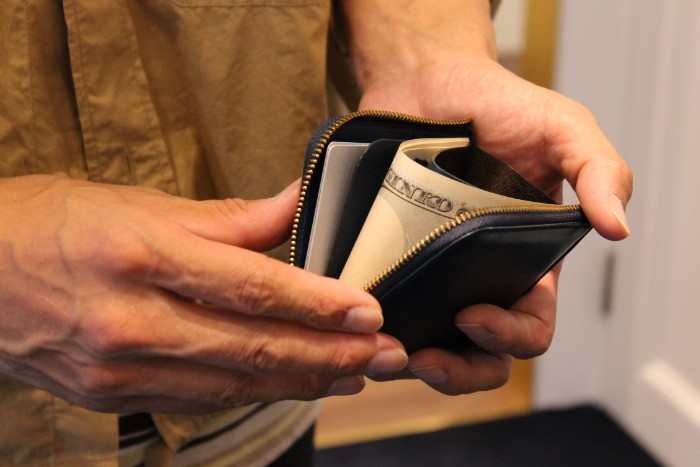 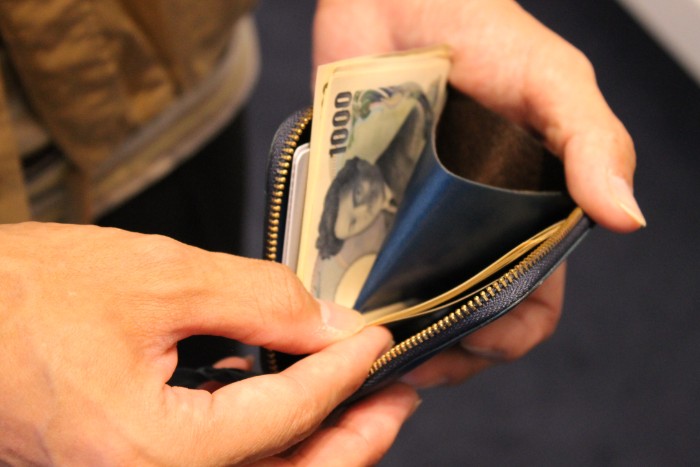 Generally, this might be the way to put bills for most people(①), but we recommend to put underneath the coin pocket(②) when using Cram. By using this way, it’ll lighten the risk of biting the bills. Of course if you’re used to this type of wallet, you can use it the general way.

You can put the bills in two ways by raising the bottom of the coin pocket.

Yes, that’s why I made it shallow to pass the bills underneath. And there’s two more reasons why I made it this way. Firstly, it makes you easier to take out the coins by making it shallow. And secondly, not to make the wallet become thick by limiting the number of coins.

I didn’t put a zipper to the coin pocket, but the coins won’t come out when closing the whole wallet. I brought to the height where the coin pocket will also be closed by the zipper outside, so it can be used safely. 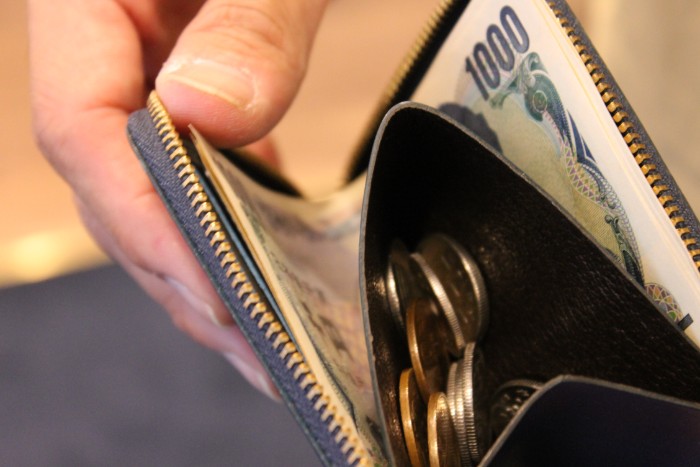 Then it’ll be better not to put too much coins.

Right, that way you can use it compact by putting the coins minimum.

There’re card pockets in each side. Two card slots on the right side, and the layers are made to be lower than the cards to take it out easily. It’ll be useful to put the cards which you use frequently. 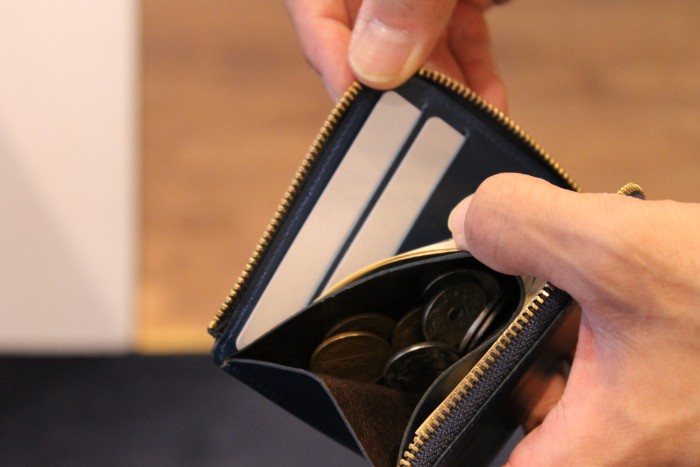 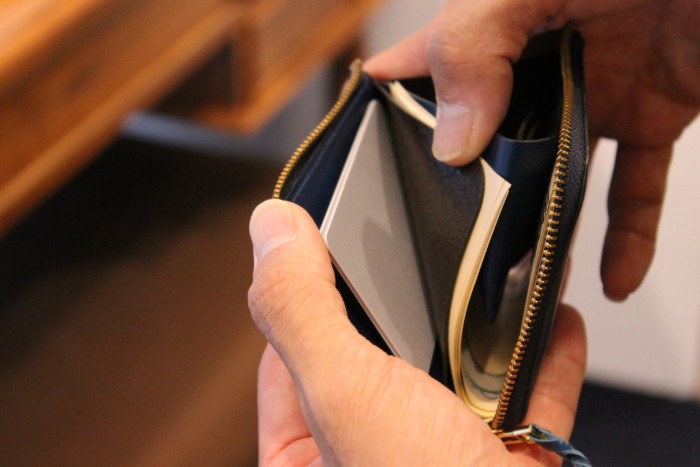 On the left side, there’s a slip pocket which you can put several cards in one. You can put up to about eight cards while keeping the shape nice and neat.

Any other characteristics of this slip pocket? 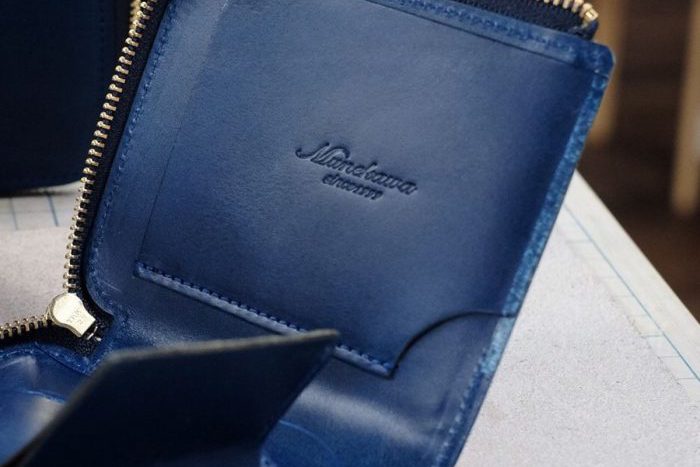 making process (it won’t open this much when completed.)

The edge of the flap has a cut like an arch. By making this way, there will be a space in the inner part of the flap and you can put the cards all the way inside. The impressions when using will be different with or without this cut.

The whole design is simple, but the handle looks like the accent. 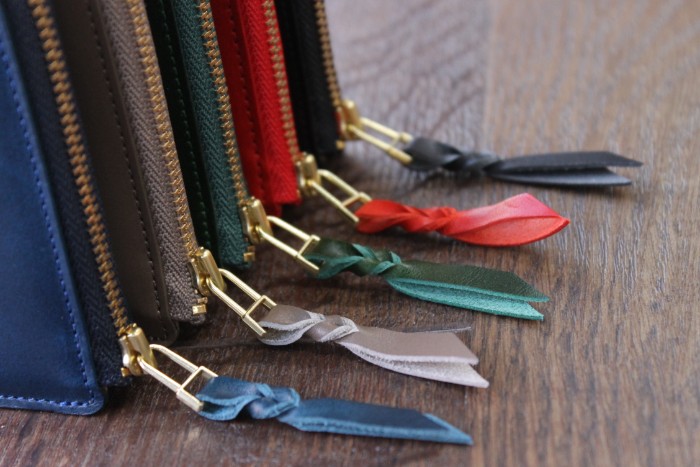 As a design, yes, but also by twisting it prevents from getting loose.

Who do you recommend this wallet to? 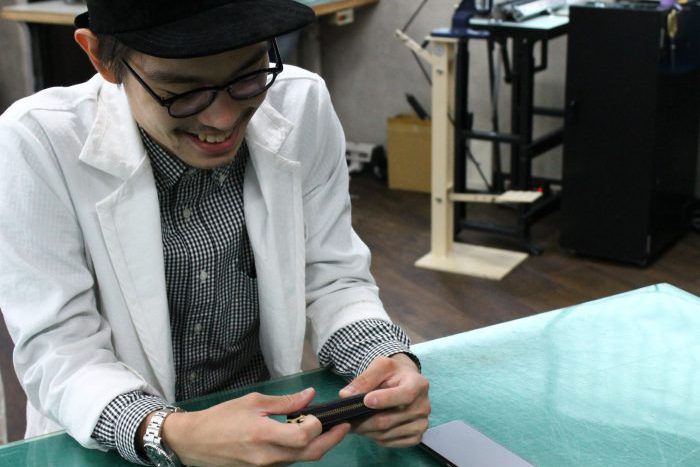 I recommend this especially to people who wants to keep their belongings minimum, and people who put their wallet inside the trousers pocket. I think the Cram’s compactness and the functionality will be very useful at a short trip. 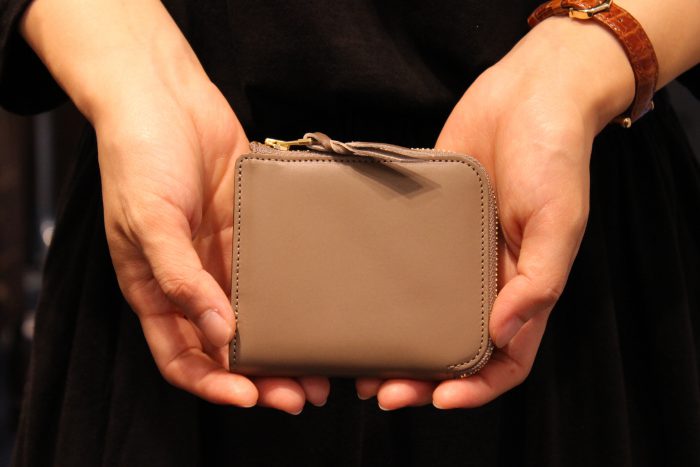 Also this is a unisex design, so I’d recommend for women. Because it’s small (100mm × 95mm) compared to a general type of zipped wallet, my co-worker and friends says it comes handy because it won’t get bulky even when putting in a small bag. Also it’ll get along well with both situations, casual and formal.

Personally, I don’t bring many cards and wanted to keep my belongings compact, so I realized again how useful this is after using it. You can carry this compact, put all what you need in a wallet, and balance the functionality with classy of the leather texture.

I can say that this would be useful for many people and various situations.

Note: We are sorry this item hasn’t been ready at online store. If you are considering for purchasing this model, please send us an email or visit our retail store when you have a chance to come nearby. Thank you. 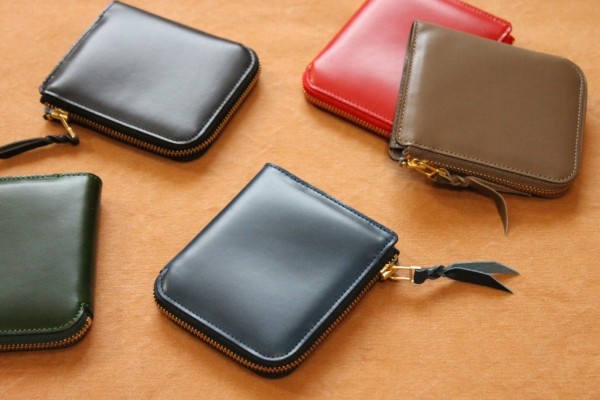 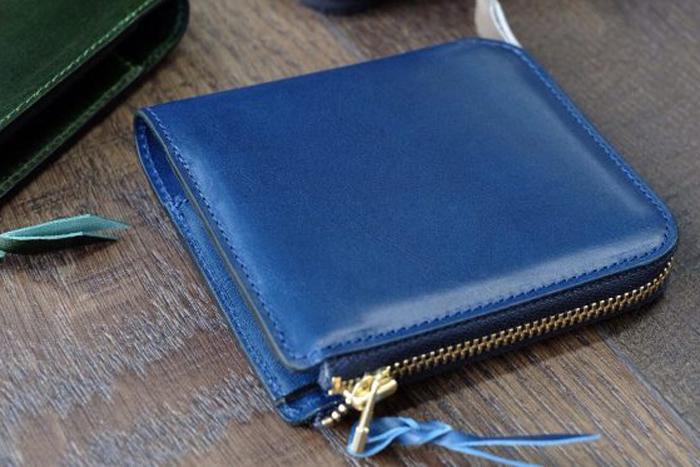 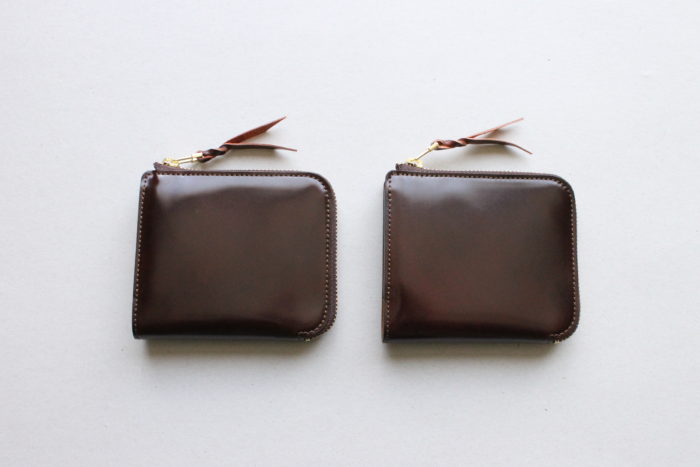 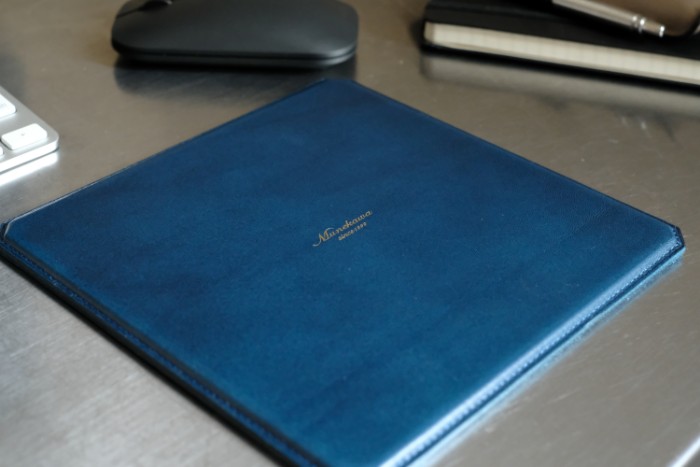